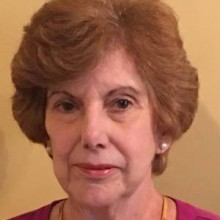 Asuncion Marin works as Placement Specialist and Dementia Care Coach Project Manager with ReServe. She joined the organization as a ReServist in 2013 working with several non-profit organizations in management and as grant writer. More recently she joined the ReServe team contributing in diverse projects. Asuncion has extensive international business experience working as VP of Marketing and Communications with Discovery Channel Latin America, COO of Gems International Television and President of US business for the Reed Midem Organization, an international trade show company headquartered in France. Asuncion opened and operated her own Quiznos Sub franchise for six years, and worked as a Financial Representative until 2013. She has a B.A. and M.A. degree in History from Hunter College in New York City, and an M.B.A. degree in International Business from the University of Miami.