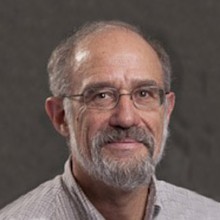 ReServist Jerry Wheelock was born in Uxbridge, MA. His family has owned and operated textile mills since the 1700s and he’s always been expert at designing and fixing things. His first job after college was designing and building water purification equipment.

In the early 1980s Jerry began building jigs, fixtures and other adaptive equipment for sheltered workshops at Morgan Memorial Goodwill Industries in Boston, the first in a worldwide Goodwill network that today includes 165 organizations in the United States and Canada and 14 affiliates in 13 countries. The modified workplace equipment brought higher wages and job satisfaction to the clients.

“We produced so much material that the whole manual payroll system crashed because people became so much more efficient,” Jerry said.

At Goodwill Jerry applied his skills to information technology. He installed a computer network, server and phone systems, and digitized the agency’s complex sheltered workshop payroll system. He aggregated budget and sales data for reporting, designed data conversion tools, negotiated purchases of PCs for the $18 million agency and taught staff how to use spreadsheets and customized software. One computer training project that he created was so successful that the sheltered workshop began providing mail room services to commercial enterprises.

Jerry had several roles at Goodwill over 14 years, finishing as Director of Management Information Services for Goodwill, while also earning graduate degrees in computer science and vocational rehabilitation.

Beginning in 1995 Jerry worked for Fidelity Investments as Principal Systems Engineer. He led numerous implementation, design and deployment projects, worked with international teams on security patching policies and coordinated the updating of over 50,000 computers on a monthly basis for the company’s global employment base.

When Fidelity began moving jobs to North Carolina and Dallas in 2012, Jerry and his wife, a Russian History professor at MIT, decided to stay put. In January 2013 Jerry heard about ReServe, and was impressed by its project orientation and stipend arrangement.

“The nonprofit has to have some skin in the game,” he said. “I found with volunteering that not every organization puts in the effort.”

Jerry’s first ReServist placement was as Database Manager and Salesforce Specialist for Boston Education, Skills &Training (BEST) Corp., a nonprofit focused on workforce development that is funded by the Greater Boston Hospitality Employees (GBHE) /Local 26 Trust Fund and a number of private, state and federal funders. The agency operates a Hospitality Training Center (HTC) that offers English language classes as well as a range of certification skills training. In January 2008, HTC opened a Tech Center that offers computer classes.